KIDS OF THE ROUND TABLE - THE COMIC BOOK SERIES follows the exploits of four kids, KEVIN, MAGGIE, BEN and NIV as they battle Morgan le Fay and try to save the world from her forces of evil. It all begins with Kevin being visited by the famous Merlin the Magician, who warns Kevin of the imminent danger the world faces from Morgan. Confronted with the sword in the stone, Excalibur, Kevin frees it and he and his friends are transported to a land where magic still rules, where knights and wizards and dragons still roam, and where Merlin is imprisoned. Kevin and the kids band together to fight Morgan and find Merlin, all the while trying to help the people they meet. It's a quest that combines the best of EXCALIBUR and THE FUGITIVE with a dash of THE X-FILES and the romance of timeless children's classics. 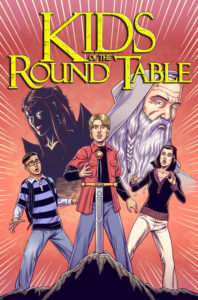 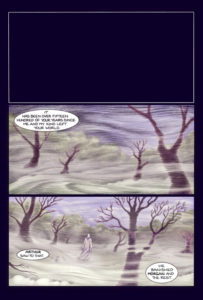 Issue One, Page One 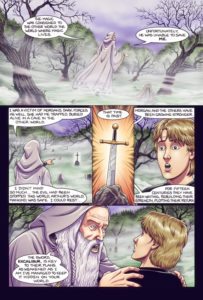 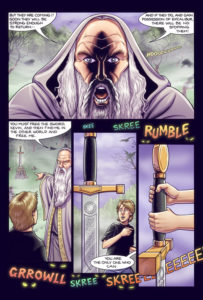 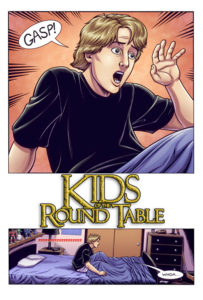 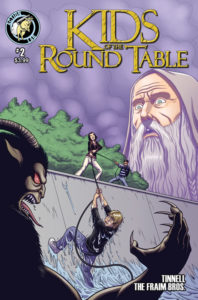 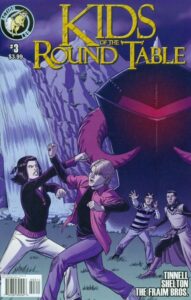 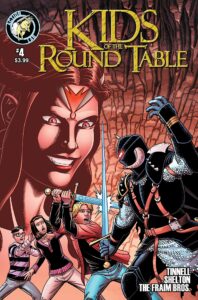 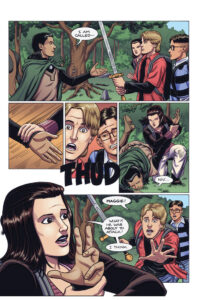 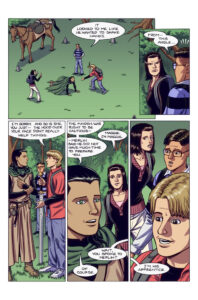 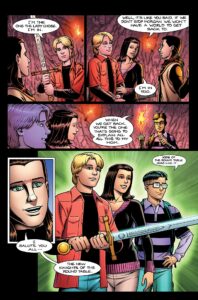 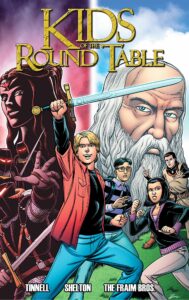