ANTIQUES: THE COMIC STRIP is the story of two cousins, one British, Reginald Winston, and one American, William Winston, the last two members of their once proud family line. The cousins, who don't get along, are brought together for the biggest collectibles auction ever held. 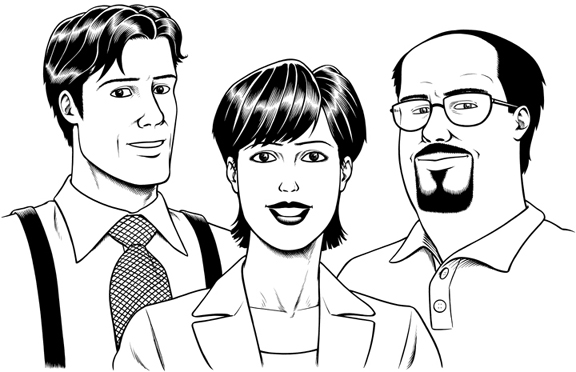 J.C. Vaughn (24 Comic Series, Twenty-First Century Romances, and a writer and editor for Gemstone Publishing) created this weekly series and we are handling the art.

And so far, it's been way too much fun.

It all came about at the Pittsburgh Comicon in April 2006. We've known J.C. for the last couple years and we stopped by the Gemstone booth to say hello and chew the fat.

He mentioned that he was talking to the new editor on ANTIQUE TRADER, Catherine Saunders-Watson, about trying something new in ANTIQUE TRADER -- a comic strip.

J.C. has actually had the A:TCS story idea bouncing around in his head for a long time and told us he had already pitched it to Catherine. She was very enthusiastic about the idea and agreed to publish the strip in AT without J.C. having an artist for it!

J.C. then asked us if we would be interested.

It sounded intriguing and we had nothing else going on, so we agreed. We didn't realize how enjoyable it would be working with the classic "Sunday Comic Strip" page format and layout. A:TCS has become a different and challenging way to tell a story. And for reasons we can't explain, J.C.'s writing seems to bring out the best in our work. 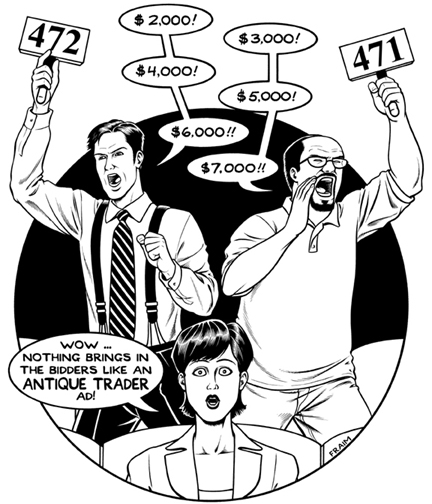 ANTIQUES - THE COMIC STRIP debuted in the June 21, 2006 issue of ANTIQUE TRADER, the 50-year-old cornerstone of the antiques and collectibles trade. The publication is undergoing an amazing renewal under publisher Kevin Isaacson and editor Catherine Saunders-Watson, and we're both enormously proud to be a part of it.

The entire series was collected in to a deluxe Hardcover from Gemstone publishing a few years ago.  It's still available on Gemstone's website so check it out  https://www.gemstonepub.com/en/antiques-the-comic-strip-vol-1 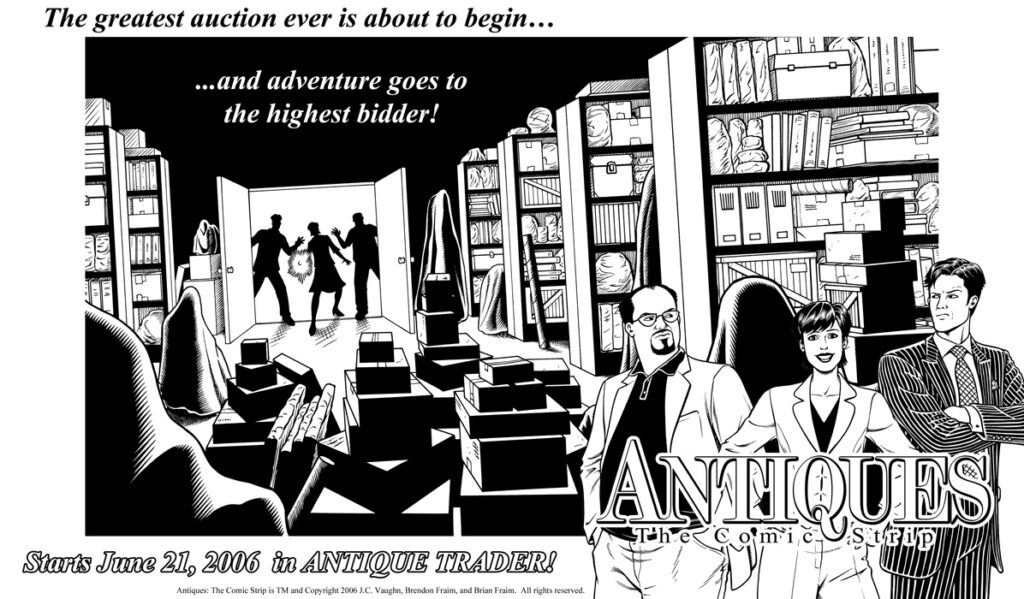 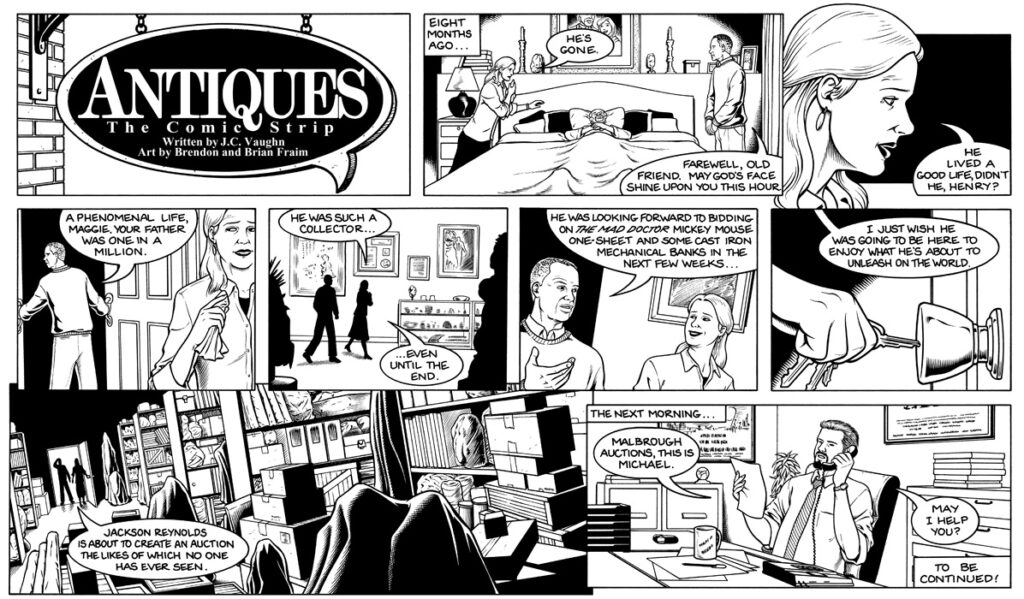 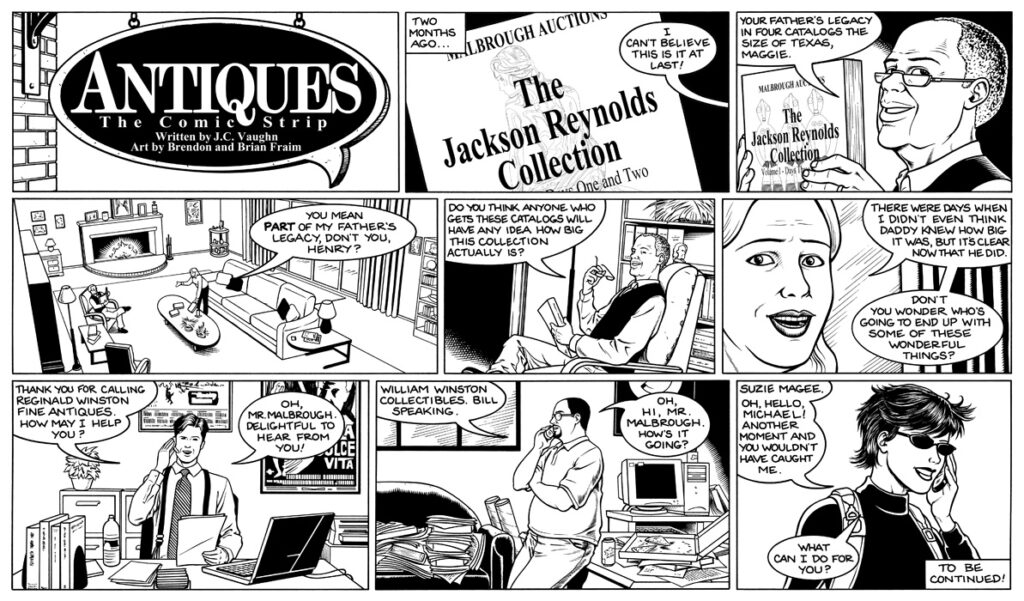 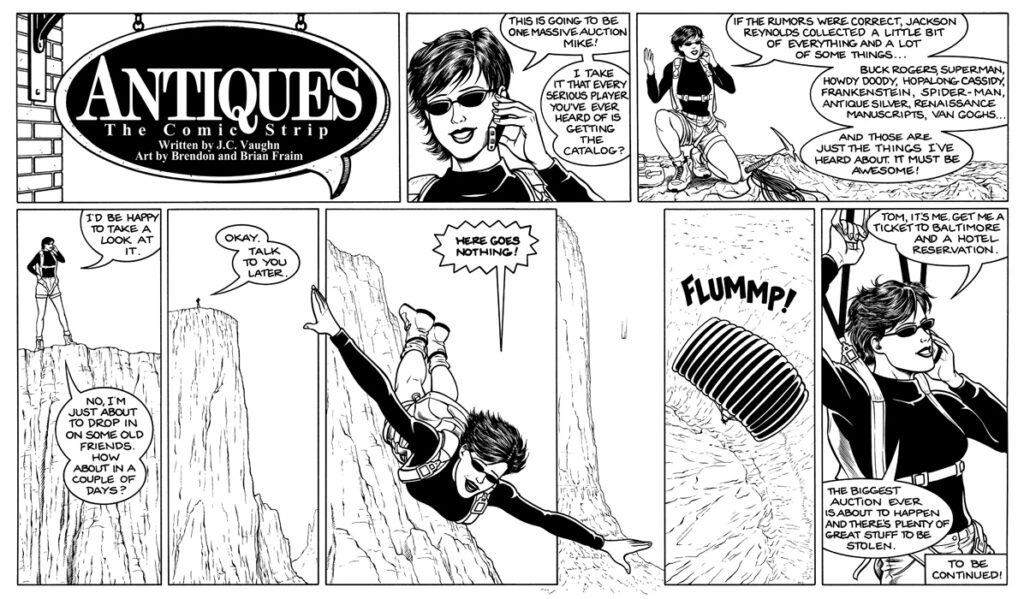 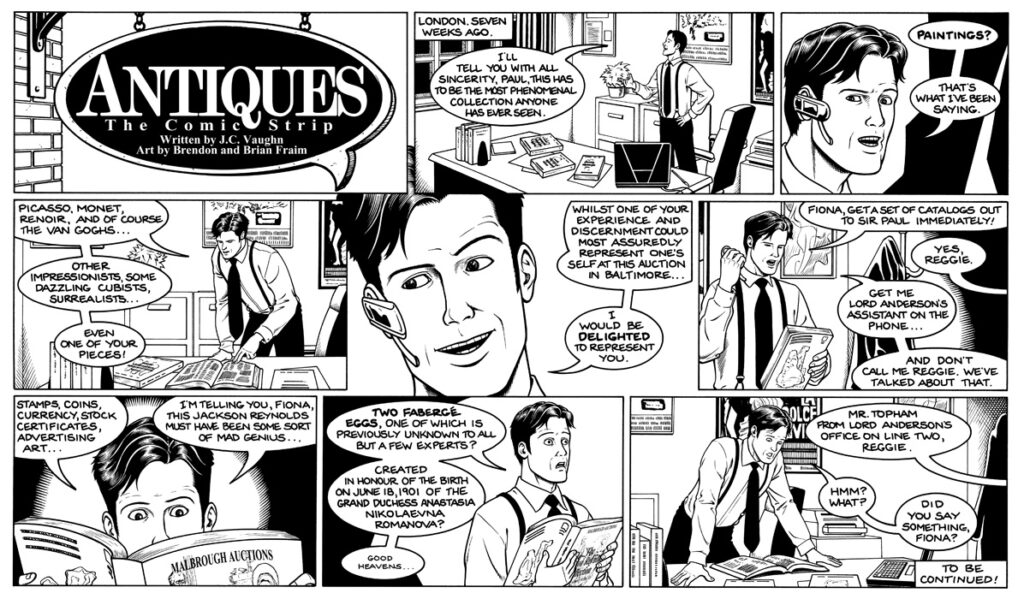 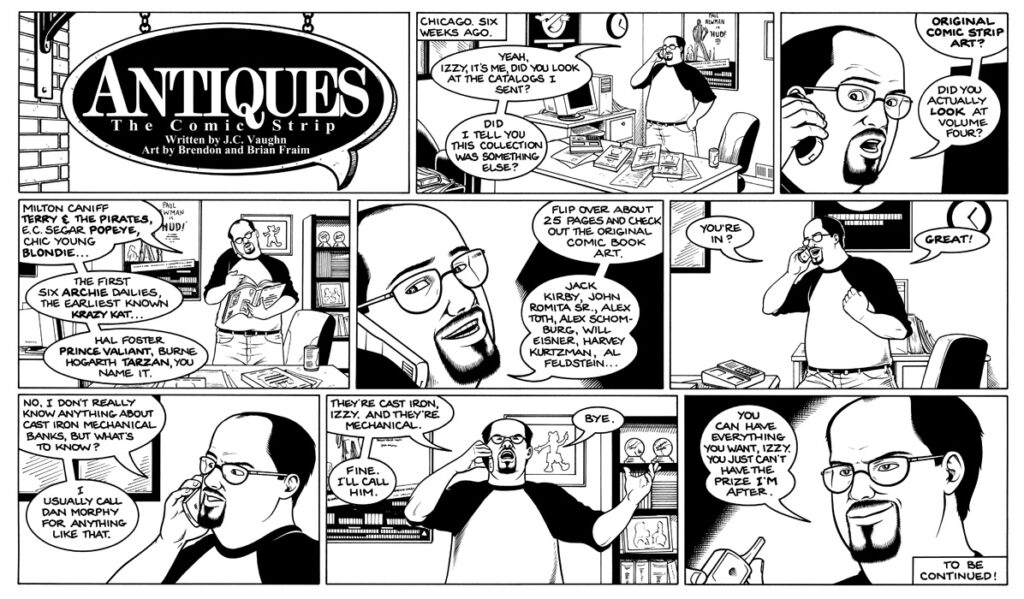 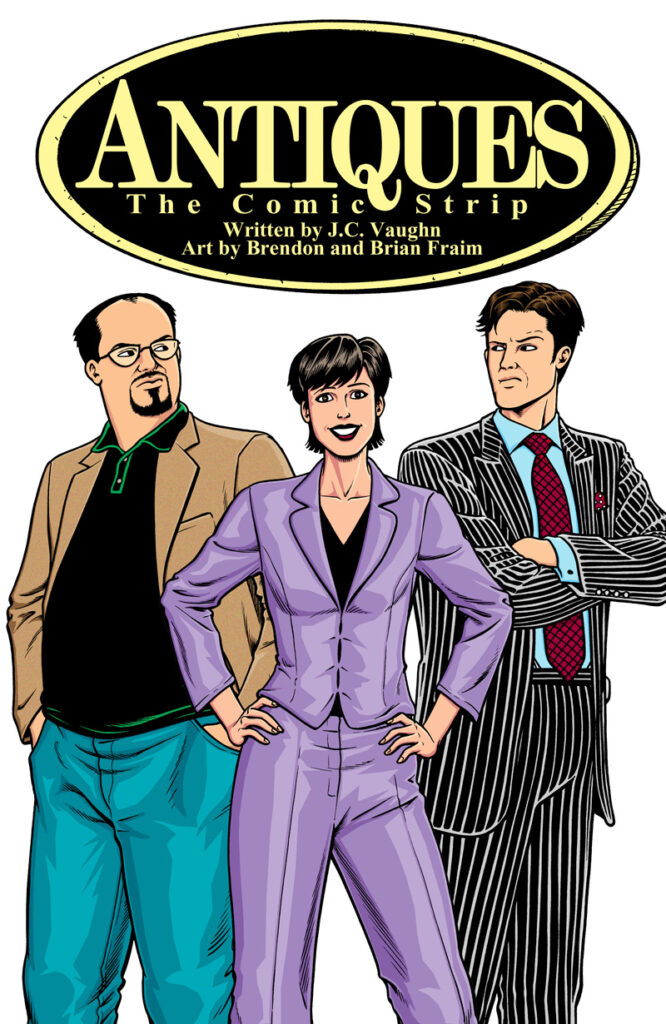 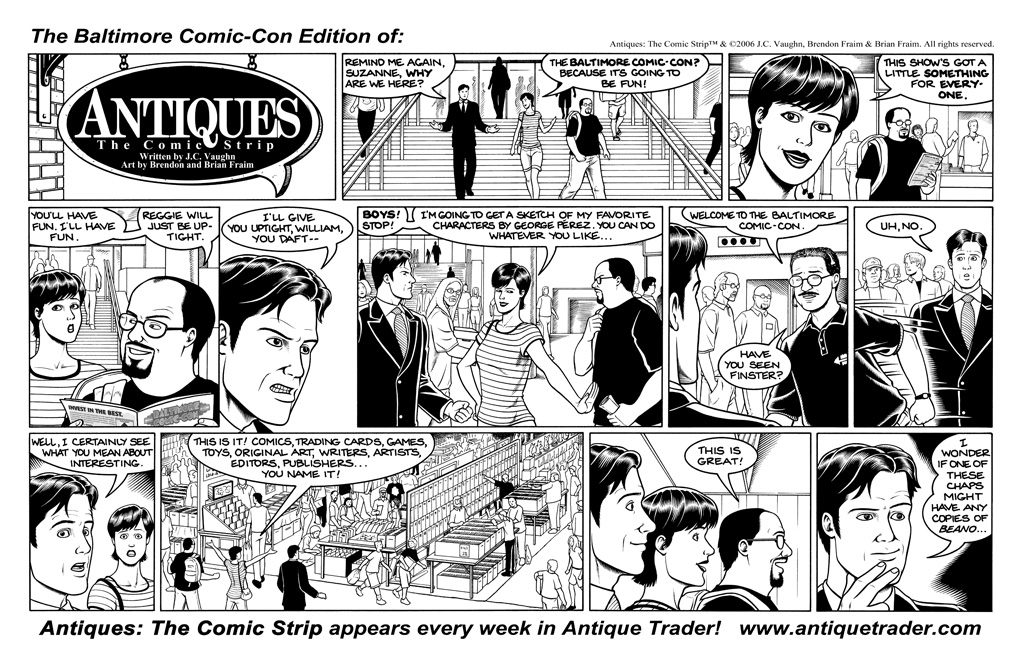